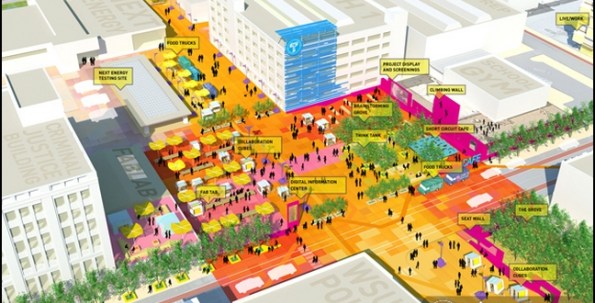 Human settlements in Iraq has been suffered of irregular and disarrangement of spatial planning, which led to several problems, as examples of these problems are misuse land and uneven in the spatial development . It’s no doubt  that these problems are due to the absence of the sound planning as part of planning overall the national, regional and local levels. Regional planning it also considers the second level of planning and it is the link between national and local planning.

Regional planning concept raised during the second half of the 20th  century, and it distinguished by takes the spatial dimension of development as an important aspect  that was to melt the economic and social disparities between regions.

The countries of the world and especially the developed of them has taken into account the finding ways that help to cooperate  between the man and his/her place living, by holding agreement that man getting benefit  and in the same time looking after the this place.

the practical relationship between man (m& f) and place stimulated those willing to achieve optimum aim through following number of covenants between man and place. This relationship focused on planning in all its forms, including, if not the most important, Regional Planning, which defined as a  “the technique which takes spatial dimension to the process of development into account, to melt the economic and social disparities between the regions of the State, in addition to apply the best scientific methods to achieve the best utilization of natural and human resources”

Regional planning department seeks to establish the scientific knowledge in the planning fields and achieve cognitive leadership through making elaborated education system  to create an elite group of planners who are able to activate the sustainable urban development; in addition to realize extensive scientific development in various fields of knowledge.

The department endeavors hardly to fulfill the society needs through preparing efficient planning cadres characterized by ingenuity, innovation and equanimity in the fields of scientific research. The aim of these cadres are addressing urban problems and establishing diligent basis planning in general.

1-Provide the students with the basic knowledge of information which helps to improve living, spatial, economic and social environment.

2-Provide the public sector (Municipalities, Ministries and institutions) and the private sector (Engineering offices and Consulting companies) with specialists in the field of regional planning.

3-Informing and providing the students with the methods and skills related to planning in order to facilitate the scientific planning practices of them in the field work.

4-Improve and support the actual scientific practice of regional planning in Iraq.

5-Participation the efforts to develop and organize the Iraqi planning institutions by establishing the basic rules of planning.

6-Participation the efforts aimed to manage and control environmental change and urban development of cities and demographic complexes by establishing the basic rules of planning.

7-Participation the preparing and implementing the strategic and developed plans for demographic complexes. 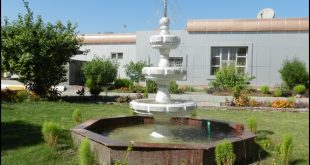 Vision: Improving the scientific level to cope with wheel of urbanization. Creating planners equipped with …